Jos Popular and well recognized blogger, influencer and hypeman Giddiez was caught on air as he exposed a little secret of him right at the Gist-Inn Tv show.

on an interview at the show which was held by Hypeman Giddiez and VJ Kenny featuring the Wagba president, the guest was ask how long he started music, and confirm he has been into music for long but officially begins his career 2018.

surprisingly  hypeman Giddiez  confirmed to the audience he was in JSS2 at that year which is 2018 but later claimed to have graduated from secondary school 2019.

How could this be possible???

well this is left for you and him to confirm that

Below is the screenshot of a chat with the hypeman 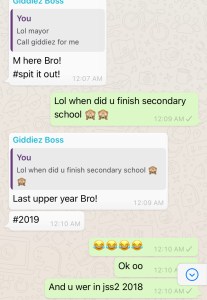 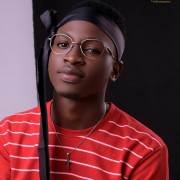 TALK ZONE: Money or Fame which do you prefer??