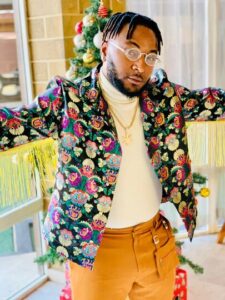 Julius Daniel Ogah (born 19 Sept 1997), known professionally as Danny Boy is a Nigerian singer and songwriter, he made his debut in 2015 with the song “Thankful”.

He started dabbling into music at a very young age and released his first professional music in 2015.

He is signed under Self Made Men Hood Knowledge (SMMHK) Record Label. His first Debut “Thankful” was widely accepted and gained massive airplays Globally.

subsequent releases include; “Who be That” (featuring Yung L), “Bombay“, amongst others which were huge success and blew him into the spot light.

His first studio Album “OG The EP” marked his major-label debut, In 2020 Danny Boy released a song celebrating Womanhood “International Woman” which quickly became an anthem for womanhood in Nigeria.

Danny Boy is widely known for his quality music, infectious tunes/vibes and catchy music videos.
Showing no signs of relenting, Danny Boy has revealed a number of anticipated projects for fans and music lovers alike this year as he makes his way up the Nigerian Music industry.
Follow Danny Boy on Social Media:
IG: @dboymusix
Fb: @dboymusix
Twitter: @dboymusix